. In Eastern Canada, growing lumber production has created ample supplies of residual chips while demand for wood fiber has stagnated. This imbalance, building over the past 18 months, finally resulted in significant price declines when the annual price ... [more...]

Canada: Lumber production up 5.6% in May

Canada’s total housing starts declined 267,055 units in October, down 11% from a September high of 298,811 units, according to the Canada Mortgage and Housing Corporation (CMHC ... [more...]

. For both Austria and the UK, this is the fourth time these systems have achieved PEFC endorsement; it is the third time for Canada and the second for Uruguay. To achieve endorsement, a national system goes through a rigorous assessment to con ... [more...] 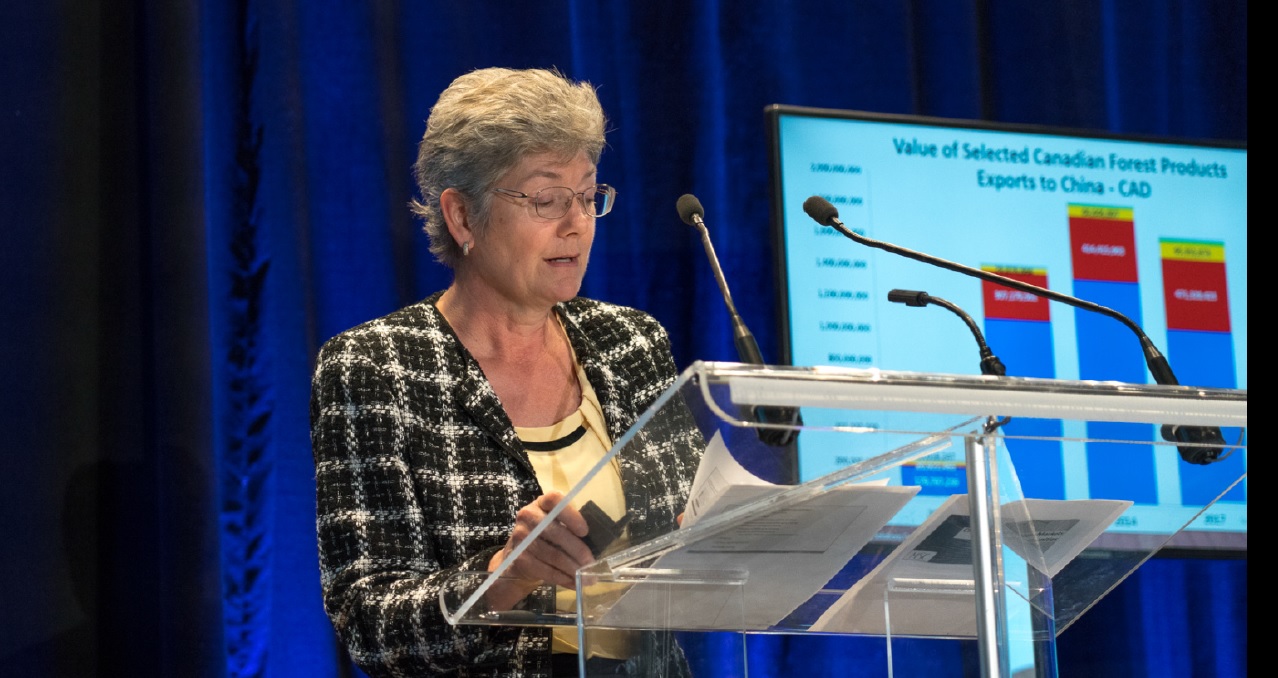 . Particularly, one of the talks referred to Canada’s opportunities on the Chinese wood products market. At the moment, nearly ¼ of the world’s sawnwood is consumed in China and nearly ½ of all the wood-based panels are also consumed in the country ... [more...]

Canada asked the World Trade Organization (WTO) to set up an adjudication panel to judge its dispute with the United States over Canadian lumber exports ... [more...]

Canada has requested WTO consultations with the United States regarding US anti-dumping and countervailing duties imposed on imports of softwood lumber from Canada ... [more...]

Canada: Eacom Timber Corporation believes in future trade with the US

. “A little over half is going to the US, the rest is in Canada.” To ship lumber to Asia from the mills in Ontario and Quebec wouldn't be at all profitable for the company, which has 7 sawmills, including ones in Timmins and Gogama ... [more...]

US International Trade Commission upholds duties against China and Canada

. The US International Trade Commission also voted for the antidumping and countervailing duties on sawn softwood from Canada. Despite the duties, Canadian sawmills have not cut production because of record-high prices and strong demand in the US market, ... [more...]

Pulpmills in Eastern Canada have become more competitive following sharply declining wood costs the past four years. In fact, wood costs reached their lowest levels in 15 years in the 1Q/16, according to the North American Wood Fiber Review ... [more...]

Mercer International announces downtime at its Celgar Mill in BC

Mercer International Inc. reports that, due to a lack of appropriate fiber availability, its Celgar mill in British Columbia, Canada, is planning to take approximately three weeks of downtime ... [more...]

Canada: Lumber production down 9.1% in July

Despite speculation that a deal over the softwood lumber shipments from Canada to the US is to be reached soon, the longstanding dispute might drag on ... [more...]

US adds higher duties on lumber imports from Canada

The US Department of Commerce has added 6.87% in preliminary average anti-dumping tariffs for Canadian softwood lumber imports. Now, the softwood lumber industry in Canada faces average duties of about 27 ... [more...]

US may impose duties on sawn softwood from Canada

The Softwood Lumber Agreement between Canada and the US expired in October 2015 and the one-year period of tariff-free trade passed without a new agreement ... [more...]

Despite many talks regarding the renewal of the softwood lumber agreement between the US and Canada, the two sides aren’t close enough on numerous key issues ... [more...]

Canada Wood looks for opportunities in the Chinese construction sector

Canada: Lumber production down 7.1% in April

The trend measure of housing starts in Canada was 203,502 units in December compared to 208,204 in November, according to Canada Mortgage and Housing Corporation (CMHC ... [more...]

Canada: Lumber production down 6.6% in February

Lumber production in Canada fell 6.6% in February from January, with sawmills producing 5,429.2 thousand cubic metres of lumber. Production was 3.5% lower than in February 2016 ... [more...]

The United States International Trade Commission (USITC) on December 7 determined that a U.S. industry is materially injured by reason of imports of softwood lumber from Canada that the U.S ... [more...]

Canada’s forests are among the most sustainably managed in the world, and our forest sector is leading the way in innovation and environmental responsibility through new clean technologies, reports Natural Resources Canada ... [more...]

The trend measure of housing starts in Canada was 198,880 units in February compared to 199,107 in January, according to Canada Mortgage and Housing Corporation (CMHC ... [more...]

This search has been saved to your search list!

Not a member yet?   Register